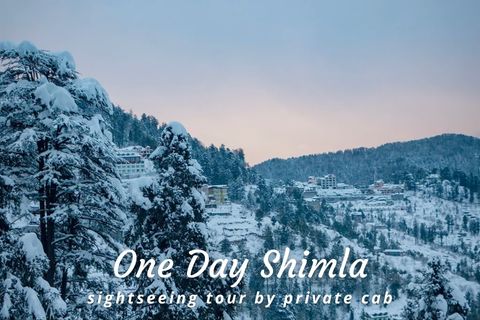 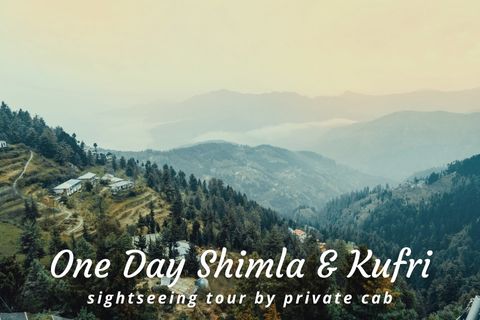 Tara Devi Temple, situated on the western side of Shimla, boasts of an excellent location with beautiful valleys around the hill. It is one of the most famous sightseeing places in Shimla and has a divine atmosphere that attracts locals as well as a huge crowd of tourists during festive seasons.

Surrounded by a mesmerizing view of the lofty mountains, pine forests and lush greenery, the tranquil setting of the temple makes you forget everything about your day-to-day worries of life. Located only 11 km drive away from the city centre, this religious place is not less than a paradise for experience seekers.

Widely recognized for its heritage and spiritual value, the Tara Devi Temple offers holy vibes to the devotees of “Goddess Tara” and is a popular tourist attraction of your Shimla tour. Here you can soak up the eminent beauty, breathe in the clean and fresh air or simply take a stroll to explore the peaceful countryside at its backdrop. And if you wish to relax and rejuvenate your senses under the shadow of nature, it is a perfect place to visit during summers and winters.

Featuring a Pahari-style architectural masterpiece, the Tara Devi Temple has been rebuilt entirely as the wood used in the construction had changed its textured due to the long exposure in the air. It cost more than INR 6 crore to restore the temple in its original form.

Inside the temple, the doors and the wooden structure have been carefully designed with the miniatures of Goddesses. Other than that, you will also see the heavy usage of gold and silver in a sacred place. Another attractive part of this religious place is its peacefulness in a serene environment of Shimla. Just step inside the temple to feel the positive vibes everywhere.

Positioned at an altitude of 1,851 above sea level, the temple has recently regained its old charm and glory after a hard work of nearly 3.5 years. More than one and a half dozen artisans worked day and night to replace the old structure and add beauty to its marvel. The Rohru artisans, using the ancient technique, worked on the woodcarving whereas the Kinnauri artisans contributed to the silver work. On July 20, 2018, the statue of Ma Tara was re-installed with due rituals performed by 90 priests. Now, the temple also features the idols of Maa Saraswati, Ma Kali and Ma Bhagwati.

Dating its history back to 250 years, the temple has an interesting mythological story behind its origin. According to the popular belief, the idol of Goddess Tara was brought from West Bengal to Himachal Pradesh.

It is generally said that a King from the Sen dynasty had once come to this area along with a small idol of his personal family deity in the form of a gold locket. He used to wear this ornament in his upper arm. While hunting in and around the dense jungle of Juggar, he forgot his path to go back home and fell asleep. While sleeping, he dreamt that Goddess Tara and her gatekeepers Lord Hanuman and Bhairav requested him to unveil them to people.

Immediately, the Maharaja decided to fulfil the desires of Ma Tara and donated about 50 bighas of land to construct the temple. Thus, a temple was built there with a wooden idol of the deity for people to pray and seek blessings.

After some years, another king of the same dynasty had a vision in which the Ma Tara wished to be on the hill top of Tarav Parvat. Soon, the temple was shifted there and a magnificent idol, made of “Ashtadhatu” was installed in a grand ceremony in the year 1825. Since then, the members of Sen dynasty follow the old traditions and worship their family Goddess on the Asthami day every year.

There is no entry fee to visit Tara Devi Temple in Shimla. It is open from 7 AM in the morning to 6:30 PM in the evening for all the days of the week.

Don’t carry anything made with leather including clutches, bags, shoes, wallet or other stuff with you. Else, you will not be allowed to enter the temple.

By Air: The nearest airport to reach Tara Devi Temple is Jubbarhatti Airport, which is 22 km drive away from the destination. From there, you can look for a cab or a taxi.

By Road: Another way to reach Tara Devi Temple is from Shoghi, which is well-connected to all parts of the city by road. There are several private and public-owned buses available. You can also get a chance to visit the temple while passing the Kalka-Shimla National Highway.

While opting for a private vehicle, one must be careful enough to hire an experienced and trained chauffeur as the road is narrow and the route is a bit dangerous. However, for a hassle-free and safe commutation within the hill-station, you can always rely on the services provided by the leading car rental companies in Shimla.

We at Shimla tourism, a division of Holidays DNA, assist you in having a perfect time of your life with a wide variety of customized and all-inclusive Shimla tour packages. Choose the best deal at the competitive prices and get ready to make the most out of it. Fill the Contact Us form to know more about the available discounts. Our customer support team will get back to you shortly.

Places to Visit by Days

1 Day in Shimla (Places to Visit)

2 Days in Shimla (Places to Visit)

3 Days in Shimla (Places to Visit)